Racism in the ambulance service: a personal reflection

Recent Black Lives Matter protests and the frequency of injustice surrounding the deaths of George Floyd, Shukri Abdi and Ahmaud Arbery, to name but a few, have empowered the voices of those belonging to ethnic minorities to speak out on the biases they have experienced in comparison with their white colleagues.

An online conversation was recently hosted by the National Ambulance black and minority ethnic (BME) Forum in conjunction with the Association of Ambulance Chief Executives (AACE) that brought together paramedics, clinical leads and managers to discuss how we can better support, care for and improve understanding of our BME people and communities.

Topics discussed ranged from identifying how to be a better ally against racism and realising the differences in privilege that a white individual may have in the ambulance sector in comparison to their colleague of an ethnic minority. Melissa Berry, the Diversity Consultant for the London Ambulance Service, spoke on why we should not be afraid to say ‘Black Lives Matter’.

In her talk, she exposed the prevalence of racism she and other colleagues had experienced, as well as the inequality in the structure of the ambulance service and wider NHS, especially for ethnic minorities aspiring to higher leadership roles.

Racism is an incredibly powerful prejudice that causes immediate denial and defensive attitudes when mentioned in a situation or applied to an individual often causing the label to appear worse than the act.

To label an organisation as racist, which works in the best interests of patients and prides itself on ever-increasing patient-centred care, can not only be very unsettling for the patients we treat, but also a hard truth for the members of the ambulance service to accept.

In 2018, Health Education England (HEE) found that out of all paramedics employed, only 7.4% were of an ethnic minority (HEE, 2018). This hasn't improved as only 3.4% of students studying paramedic sciences come from an ethnic minority background. While there are multiple factors that have contributed to this deficiency, we must face the reality that the members and structure of the profession may not be as inviting to ethnic minorities as one believes.

I became a student paramedic in 2017 with Birmingham City University. Within the first few days of induction, I realised the lack of ethnic minorities within my cohort and the years above. Birmingham is a multicultural city; hence compared with other universities that teach paramedic sciences, there were definitely more students from ethnic minorities. However, there was still a substantial underrepresentation of minorities compared with other healthcare courses taught on the campus such as nursing and radiography.

Staff within the university were all from a white background and not prepared when faced with questions that arise from ethnic minority students. There was very little teaching on what to do when faced with an ethnic minority patient who does not speak English or perhaps has a different approach to cardiopulmonary resuscitation (CPR) or death due to their religious beliefs. The lack of ethnic minorities in universities naturally has an impact on the workforce present at ambulance stations and thus had an impact on me when I began my placement. Based in a small ambulance station, I was often the only individual belonging to an ethnic minority. I felt out of place and had no sense of belonging. Even when I was out on the road, I would constantly realise that no one looked like me. My hijab and the colour of my skin made me feel as if I stuck out like a sore thumb and would notice the looks of surprise or questions—that one could interpret as offensive—I received from some crew members. I'm proud to identify as an East African-Asian Muslim and am always open to discussion on my beliefs; however, I noticed this confidence diminishing when I would hear comments such as, ‘just eat some bacon’ when I was fasting, or ‘what is the Taliban doing over here?’. It must be made clear that I am not accusing the entire ambulance service of this type of treatment; many have been welcoming and prepared to learn more about my beliefs when I was fasting or when I would take time out to pray. There have been several incidents when patients have made racist comments; hence the necessity of having an organisation that is supportive—not one with members whose attitudes replicate those that are problematic in the general public. 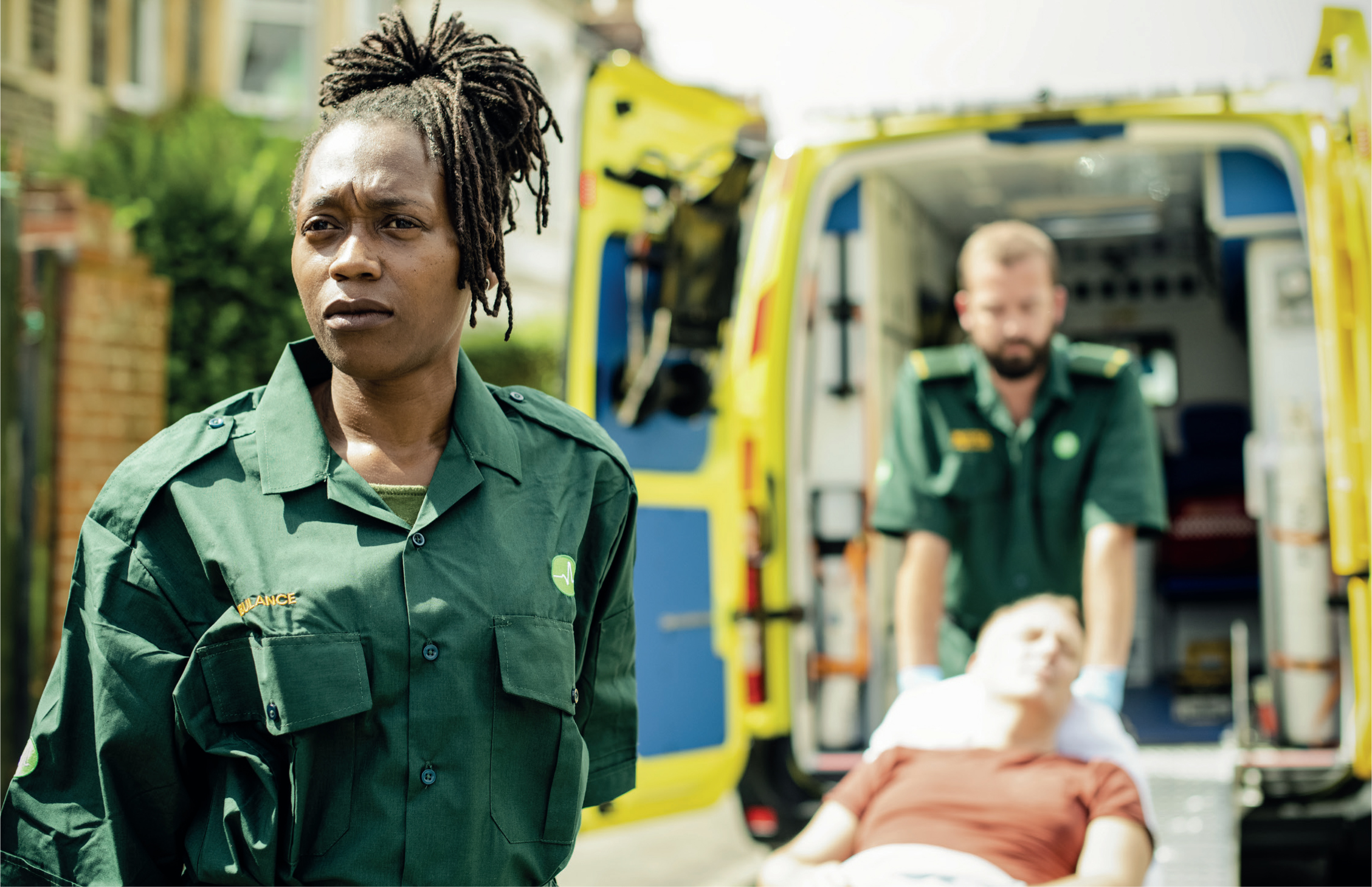 Being a student is already a challenging time, especially being a student paramedic. We sacrifice university expectations of being ever-present at social gatherings to travel to placements, while being very new to a patient contact environment. Ambulance workers are often known for their dry and brash humour, which is often directed towards teasing students. A common phrase to hear is, ‘you have to develop a thick skin to do this job’. So when I faced experiences of racism, I believed it must have all been in jest. But talking to other students and paramedics of ethnic minorities who have found themselves in similar circumstances made me realise that it is something that should not be tolerated and that needs to be addressed.

Education is a vital aspect of combatting racism. Luckily, I have had the opportunity to work alongside the College of Paramedics to create the paramedic science curriculum, to develop one that is more inclusive and diverse whether it be with regards to clinical features that present differently on black than on white skin or teaching around different beliefs and how paramedics can approach these in an appropriate and sensitive way.

By increasing understanding, hopefully we can form a more tolerant workforce. However, everyone needs to play their part—be an ally. Approach your ethnic minority colleagues, ask them about their experience in the ambulance service and recognise if it may differ from your own. While racism is not something that can be solved overnight, small steps such as these can form a more positive future.