Pride in paramedicine: being an LGBTQ+ paramedic

Using my experience to extend empathy in the Ecuadorian EMS 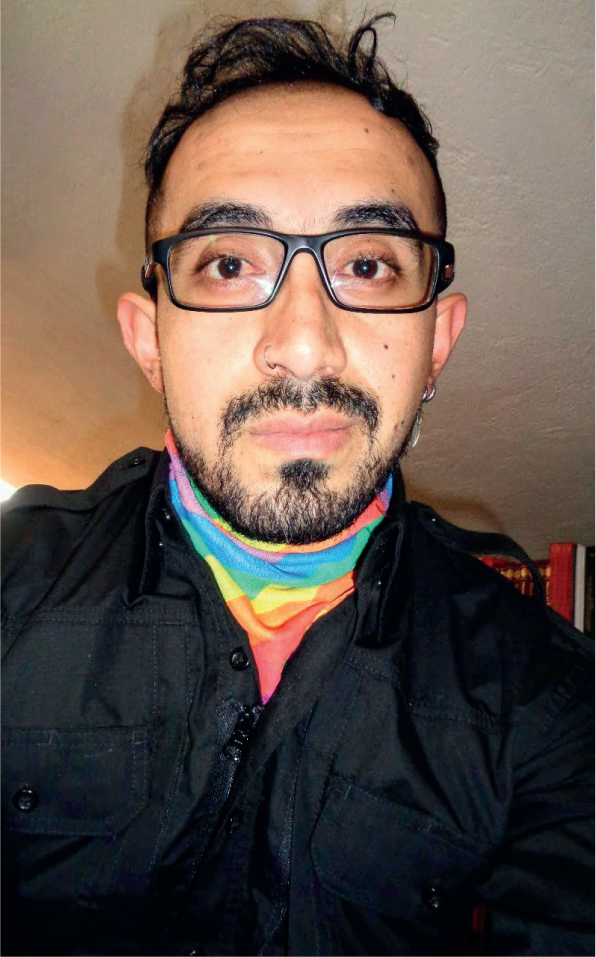 I am a gay paramedic working in the emergency medical services in Ecuador. So what is it like being a healthcare provider and a member of the LGBTQ+ community in Ecuador? Well, I can tell you about my experience.

I realised I was attracted to men from a very young age. When I left high school, I knew I wanted to become a healthcare provider but I hadn't decided whether I wanted to become an in-or out-of-hospital medic. At first, I went to medical school where my life became complicated as I faced disrespectful and intolerant medics as professors. I wondered, ‘how could all those years of studying in university not stretch their minds beyond their old-fashioned views about sexual diversity?’

Defeated, I dropped out of medical school. Instead, I decided to try my luck in paramedicine school. People here were extremely different—open-minded and kind. I was on my way to becoming a paramedic and I even started dating someone. We used to study together before exams.

Friends, colleagues, and a few professors knew what my preferences were. They never ever had a problem accepting it. In fact, I started working as a paramedic in Red Cross Ambulances and as a tutor in a higher education institute that trained new paramedics. As a prehospital provider, I was able to provide help and support on many calls that involved LGBTQ+ patients. Many of these calls were related to young gay people that had attempted suicide. Unfortunately, a few of them managed to commit it.

Approaching patients in these situations was quite difficult at the beginning. Even though I felt I identified with them, I hadn't had such severely negative experiences. With the passing of years, however, it became easier to connect with patients and provide appropriate medical and emotional support in situations like these.

As a tutor, I met some students that belonged to the LGBTQ+ community too. They were curious and smart. I always tried to be inclusive in all possible ways, teaching my alumni about respect and impartiality, which are fundamental pillars in a health professional. Nobody should ever experience any discrimination regardless of their sexual orientation, disabilities, social status, or race.

Within the EMS, I've met very few people who are against the acceptance of diversity. They are however sometimes surprised when arriving at a house where a couple of men or women are living together as couples. Other times, they make misplaced comments. They usually don't know how to focus their clinical assessment on transgender men or women and, very often, they forget to pay attention to aspects related to hormone therapies and some factors which impact ethical care provision to LGBTQ+ patients.

To avoid these negative experiences for patients, paramedics and health providers all over the world should call for education and good practices within sexual and gender diversity topics, setting aside any and all types of bias or prejudice. Let's remember that emergency medical services are a link between the community and in-hospital providers—a link that must faciliate confidence and safe environments for all people in any situation.

There is no doubt that navigating life professionally and personally as a transgender person has become increasingly more difficult with the increased polemical rhetoric driven by sensationalist media and current histrionic debates about trans women in particular. However, thankfully, it seems to be less of an issue when a patient or someone's child is dying and need me to treat and care for them.

Working in an emergency department, I see acutely unwell undifferentiated patients and the fact that I am trans largely has little bearing—what matters is my compassion, competence, and clinical skills. If anything, being publicly trans and living a life that is true to my authentic self in the face of adversity seems to give patients tacit permission to lower the self-made schema we all project publicly and ‘just be’. As a result, I have had some wonderfully real, honest and human conversations with all sorts of patients with whom I do not think I would have otherwise been able to have such a connection.

The vast majority of negative experiences I have encountered has been with colleagues rather than patients. While the NHS is a wonderfully diverse employer, which is undoubtedly its greatest strength, it does mean that some colleagues' sociocultural or religious belief systems do not embrace LGBTQ+ communities.

Thus, being cognisant of context and intention is incredibly important: when someone calls me ‘he’ or ‘him’, I try to think rationally and understand the context and intention. For example, some languages do not have gendered words, and when English is a person's second language, trying to discern the difference between ‘he’ and ‘she’ can be difficult. I choose to believe that, rather than intentionally misgendering me, it is often simply a language nuance that has not yet been mastered. Of course, there are people with whom I have worked who have constantly and consistently been rude and hostile towards me or who have made comments regarding my appearance or genitalia.

On the rare occasions I have challenged such behaviour, very little support has been given—especially when the slurs and epithets are underpinned by religious or sociocultural beliefs. This has not been an issue with my current employer where nobody seems to care that I am trans, for which I am grateful. I still get changed in a single-space toilet though, lest I upset or offend someone.

In the same way as I make an effort not to offend others, it is important for those within the NHS with sociocultural or religious belief systems that do not embrace LGBTQ+ communities to appreciate that holding their beliefs is completely fine and I respect that, but manifesting those beliefs by treating trans people badly or differently is unlawful under the Equality Act.

On the whole, my working environment is no different to anyone else's, but I hope that my being trans and openly myself gives hope or light to all those lost souls who need it.