Pulse oximetry to predict the onset of acute mountain sickness: a literature review

Acute mountain sickness (AMS) is a common illness affecting people ascending to high altitudes. AMS may progress rapidly, and can be fatal if symptoms are neglected, acclimatisation processes fail or if the ascent continues. For many patients with AMS or AMS symptoms, medical assistance is given by mountain rescue and allied health professionals. Currently, the prediction of AMS in the high-altitude environment relies upon recognising and tracking subjective symptoms. However, owing to psychophysical factors commonly associated with high-altitude travel, such as stress and fatigue, subjective symptom recall is innately at risk of bias. There is no objective method for predicting AMS. This scoping literature review analyses the accuracy of pulse oximetry as a tool for predicting the onset of AMS.

Timely and accurate prehospital assessment is essential for the successful prediction of AMS (Karinen et al, 2010). If those with or in the process of developing AMS could be identified more efficiently, treatment could be prescribed, thus reducing the likelihood of a rescue effort or further physiological deterioration (Luks et al, 2019).

The primary objective of this review is to establish the effectiveness and accuracy of pulse oximetry as a predictive tool for identifying the development of AMS during ascent to high altitudes. 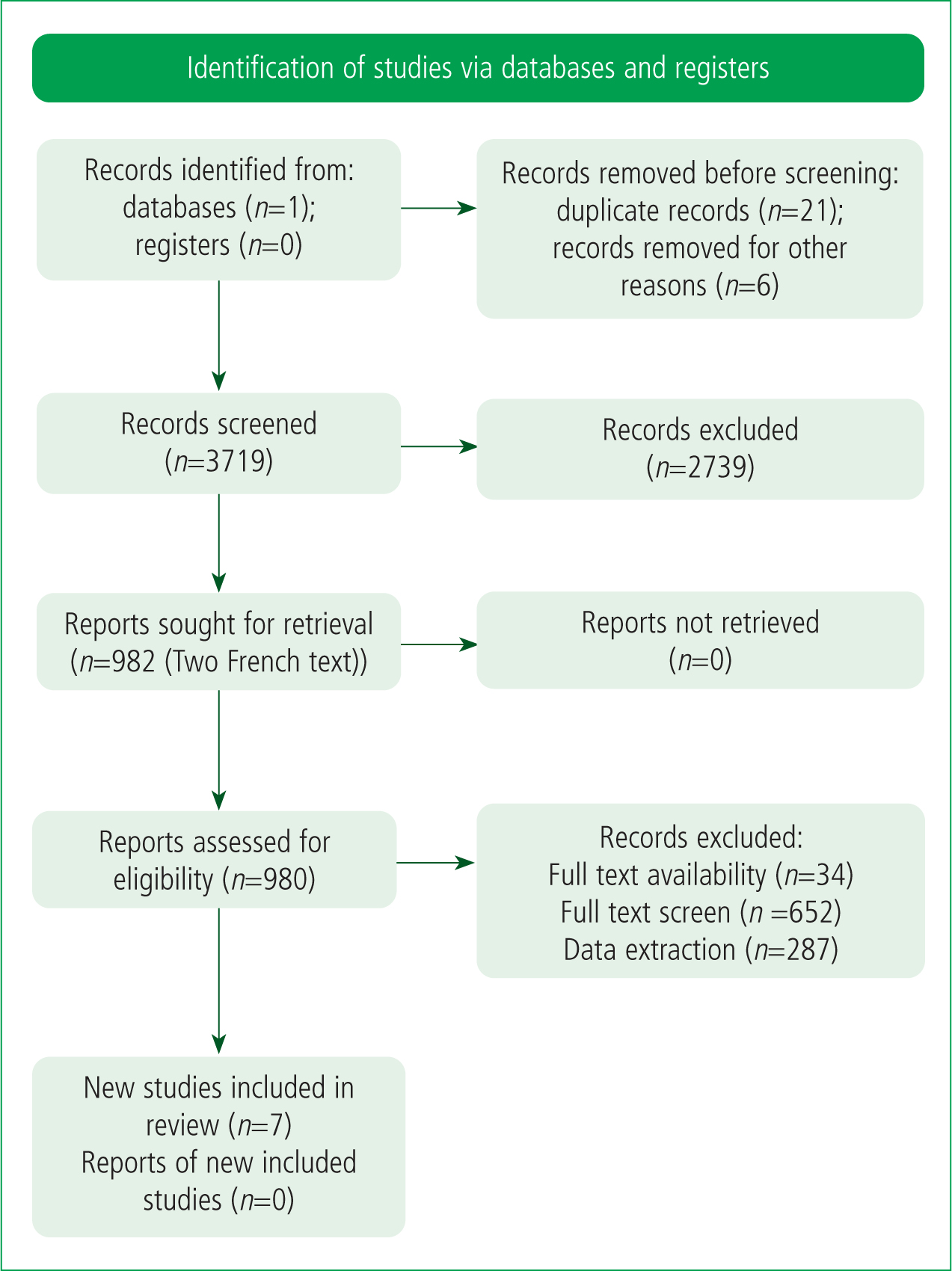 Chen et al (2012) study's examination of ‘real-world’ pulse oximetry and LLS application in a high-altitude field setting shows high external validity and a direct application of SpO2 to the prediction of AMS during ascent to high altitude (Fink, 2014; Kite and Whitley, 2018). However, data were collected from a single participant group on one date in October 2012, thus limiting the validity of both internal and external findings.

In contrast to Chen et al (2012), Karinen et al (2010) identified a significant correlation between SpO2 and AMS, performing a retrospective cohort study to investigate the differences in SpO2 between subjects who had (AMS+) or had not (AMS−) developed AMS at altitudes between 2400 m and 5300 m. They included 83 ascents to high altitudes made by 73 individuals in Denali (Alaska), Shisha Pangma (Tibet), Mount Everest Base Camp (Nepal), Island Peak (Nepal) and Ulugh Muztagh (Tibet). Participants took pulse oximeter readings at rest and at 3500 m, 4300 m and 5300 m. The authors reported that 47% of participants had AMS between 2400 m and 5300 m. The mean SpO2 values of the AMS−group at 3500 m, 4300 m and 5300 m were 7.4%, 7.8% and 7.7% higher than the mean SpO2 values of the AMS+ cohort respectively. These findings suggest that a reduced SpO2 between 3500 m and 5300 m corresponds to an increased risk of developing AMS.

The study methodology also demonstrates good result generalisability of findings given the broad distribution of the locations included. This geographic diversity is an improvement on the single site studied by Chen et al (2012). It can therefore be argued that the Karinen et al (2010) study offers a superior demonstration of pulse oximeter utility for AMS detection.

However, a retrospective methodology was employed, which is susceptible to recall bias, as the authors attempted to correlate historical data with a hypothesis, thus limiting the validity of their findings. Furthermore, the work is liable to participant bias as people in athletic groups are often reluctant to admit injury or illness so as not to appear weaker than other members (Haslam et al, 2012). This study included small cohorts of experienced mountaineers, and participants may have felt psychosocial pressures to hide symptoms of AMS so as not to appear feeble. Consequently, there is a risk of data collection bias from false reporting, which limits validity and reliability (LoBiondo-Wood and Haber, 2014).

Leichtfried et al (2016) conducted a retrospective study that investigated the relationship between AMS and SpO2 in participants ascending to a high altitude. Volunteer participants (n=204) climbed to altitudes of between 2500 m and 5500 m in the Himalayas (71.6%), South America (7.5%) or Africa (13.9%). This study showed a weak-to-moderate but significant relationship between declining SpO2 and associated increased AMS prevalence (Spearman rank correlation coefficient = −0.370). These data correspond with results from Karinen et al (2010), thereby improving the reliability of both data sets (Heale and Twycross, 2015). However, despite this consensus, both publications are inconsistent with the findings of Chen et al (2012). Moreover, the Chen et al (2012) study sample size is 583 participants larger than that evaluated by Leichtfried et al (2016) so the margin for error is likely to be smaller and mean values significantly more accurate and reliable.

These findings correlated with those of Leichtfried et al (2016) and Karinen et al (2010) in identifying a predictive correlation between SpO2 and AMS development. However, Faulhaber et al (2014) reported data only from an altitude of 4500 m, unlike Leichtfried et al (2016) and Karinen et al (2010), who investigated a range of altitudes. The disparity in elevations limits the generalisation of the findings from the former in comparison to the data from the latter two studies (Branch and Pennypacker, 2013). 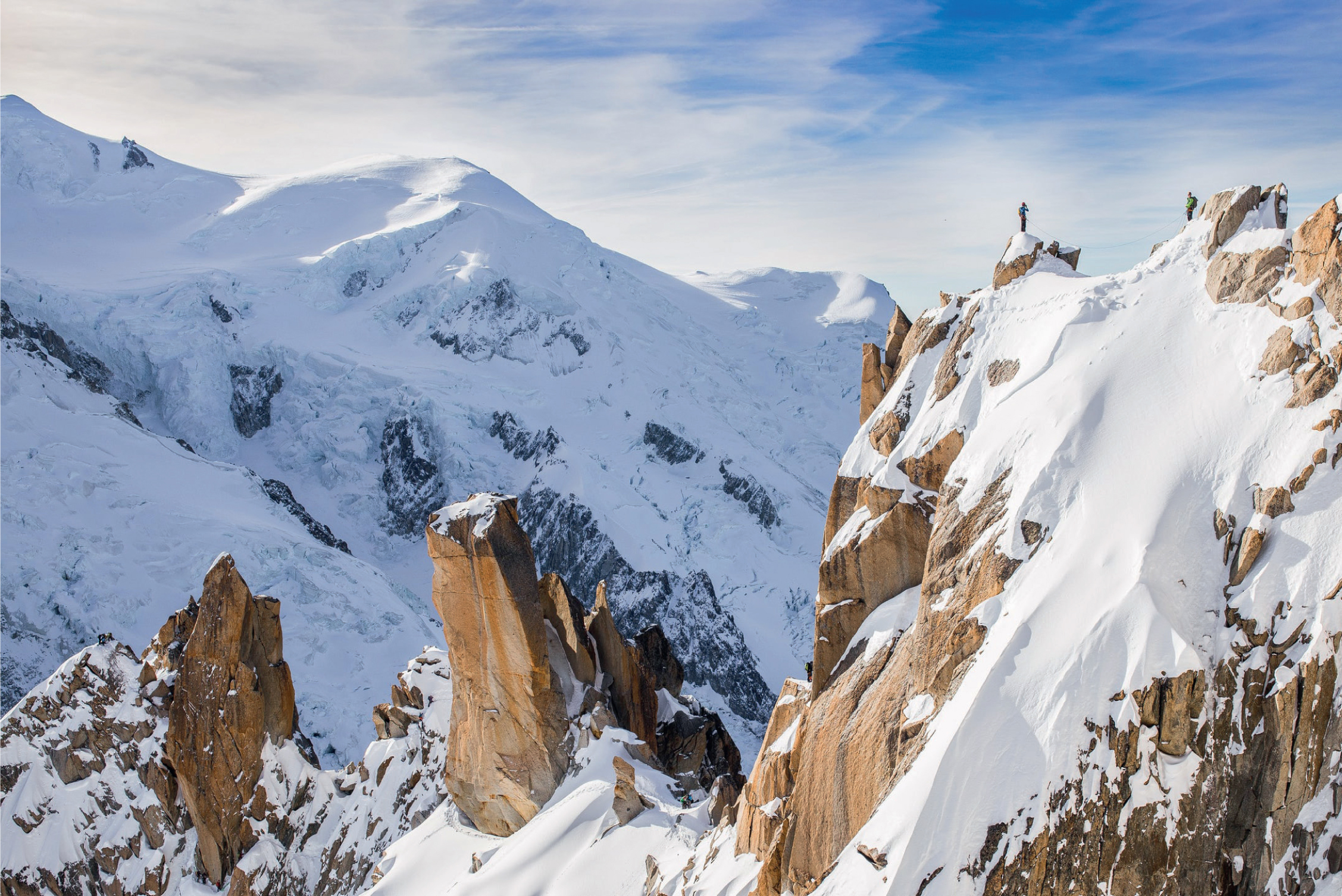 A second limitation is that Faulhaber's group conducted their observations in a simulated normobaric chamber. In a systematic literature review, Coppel et al (2015) identified physiological differences between hypobaric and normobaric environments, so comparability is limited. Moreover, Millet et al (2012) suggest that AMS incidence is different in the two pressure contexts. Since Faulhaber et al (2014) did not perform their study in either a hypobaric or high-altitude environment, external validity and generalisability of the findings are limited (Branch and Pennypacker, 2013; Heale and Twycross, 2015).

A pulse oximeter is a non-invasive diagnostic tool used routinely in high-altitude medicine to measure SpO2 (Luks et al, 2019). Since the parameter is heavily influenced by factors including temperature, irregular breathing patterns and subjective SpO2 value interpretations, contemporary researchers have investigated the extent to which pulse oximeters provide an accurate measurement of SpO2 at high altitude (Luks and Swenson, 2011; Basnyat, 2014; Luks et al, 2019).

Tannheimer and Lechner (2019) conducted a retrospective study to evaluate whether visually interpreted mean SpO2 matched computer-generated mean SpO2 at an altitude of 6013 m. Participants performed their measurements using a PalmSat2500 (Nonin, Plymouth, Minnesota, US) placed on a fingertip. SpO2 measurements were taken visually over three minutes and compared against an automated mean generated by readings taken every 4 seconds over the same time period. The study showed a strong correlation (R2=0.98; P<0.0001) between visual mean SpO2 and automated mean SpO2. This relationship suggests that visual SpO2 interpretation is highly accurate.

One notable strength of the above study is that participants were experienced in pulse oximetry and had received training at an altitude of 3372 m before the study started. The data set was potentially more accurate and reliable as participants were practically competent at measuring and recording SpO2. Despite this strength, the study sample size of just four participants dramatically limits reliability (Hackshaw, 2008). Moreover, as all participants were experienced, generalisability of data to laypersons or comparison with studies that recruited only lay people is not possible. A further limitation is the lack of a control group, which limits the internal validity of the data set as the findings could be neither proved nor disproved (Parahoo, 2014).

In contrast to the above two studies, which concluded in favour of the accuracy of pulse oximeters, Milner and Mathews (2012) found notable limitations. In a quantitative volunteer study, these researchers used a Lightman spectrometer to investigate the emission spectra of the light-emitting diodes in 847 pulse oximeters in 29 UK NHS hospitals. It was determined that 10.5% (89/847) had a fault so produced inaccurate measurements; these oximeters were excluded from further investigation. Of the remaining devices, 23.3% (169/758) had an error that caused an inaccurate SpO2 measurement of >4% between SpO2 readings of 70–100%; 9.2% (70/758) produced a measurement error of <4% between 80% and 100%. In total, 258 of the 847 pulse oximeters failed to perform to the manufacturer's specifications, raising significant concerns regarding the accuracy of portable pulse oximeters.

Milner and Mathews (2012) were, however, unable to identify the age of the pulse oximeters included. They recognised that pulse oximeter accuracy will decline over time and that other studies, such as that by Tannheimer and Lechner (2019), used new equipment. Therefore, no statistical comparison is feasible and external validity is limited (Heale and Twycross, 2015). Furthermore, Milner and Mathews (2012) did not collect data at high altitude, which limits the generalisation of findings to high-altitude research.

One limitation of this review is that eight of the nine critiqued studies were international. This limits their external validity and application to UK practice. One study investigated pulse oximetry in a hospital setting at a low altitude. This study was included in the review as the research was primary and applicable to pulse oximeter accuracy at high altitude. The external validity of this review is not impaired by the inclusion of this study.

The other limitation is the small diversity of methodologies used within the critiqued literature. All the research is quantitative and uses a volunteer or cohort experimental design, which increases the risk of data collection bias and limiting the reliability and validity of interpretation.

Despite these limitations, the variation in study locations and sample sizes dramatically strengthen the generalisability of this review's conclusions.

In the prehospital high-altitude environment, the ability to predict and recognise AMS is essential to reducing altitude-related mortality and morbidity. This review has analysed and critiqued a number of studies relating to the use of pulse oximetry in this context for the prediction of AMS, as well as the accuracy of pulse oximetry as a diagnostic tool. Several contemporary sources of literature demonstrate the association of declining SpO2 with AMS. However, there is no compelling evidence to suggest that SpO2 independently predicts or correlates with AMS development.

The accuracy of pulse oximetry in this review is inferred from both high-altitude and sea-level studies. The former showed that both clinical and non-clinical individuals are able to accurately interpret pulse oximeter readings. However, in a more extensive in-hospital study at sea level, the accuracy of the pulse oximeter per se was criticised. In summary, the evidence supports the concept that pulse oximeters are a useful and accurate tool if they have been tested adequately before use.

This review has also identified limitations in the literature investigating the relationship between SpO2 and AMS. First, the accuracy of pulse oximetry is shown to decline in cold environments and when SpO2 is below 80% (Ross et al, 2013). Thus, given the cold climate of a high-altitude environment, studies conducted at a high altitude have a high probability of external bias.

The evidence suggests that the use of pulse oximetry at high altitudes provides more benefit than harm to individuals but this review does not support the use of SpO2 as an independent predictor of the presence or incipient development of AMS.

This review has identified an opportunity for further research into the accuracy of pulse oximetry at high altitudes and its relationship to AMS via the systematic study of SpO2 and AMS development at incrementally increasing heights.

Moreover, there is a gap in the literature for a qualitative study that correlates participant perceptions of AMS symptomatology with their actual SaO2 measurement.

There is no literature that investigates the emission spectra of light-emitting diodes in pulse oximeters at high altitude. This is essential to the determination of pulse oximetry accuracy in this environment.